And then there were six

We have our final coach. Welcome Jill Knight! 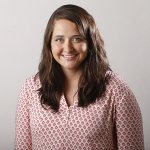 Jill is a staff photographer/video journalist at The News & Observer in Raleigh, N.C.

Prior to being hired by The News & Observer, Jill completed internships at the Pittsburgh Post-Gazette and the Charlotte Observer. She was named the 2013 North Carolina Student Photographer of the Year by the North Carolina Press Photographers Association.

When she is not taking photos, Knight enjoys cooking, gardening and spending time outdoors with her husband and dogs.